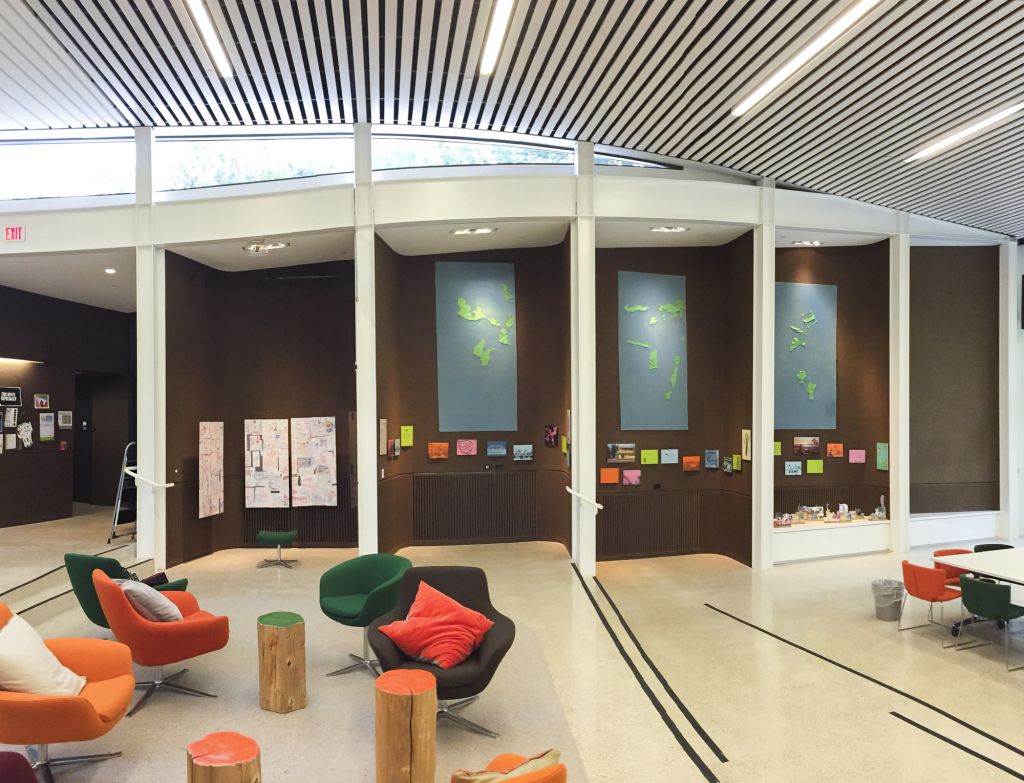 Varieties of Requisition and the Interpreters’ Guild is a mapping project commissioned by the Arcus Center for Social Justice Leadership at Kalamazoo College, originally to engage its 2014 “With/out – ¿Borders?” Conference. The project begins by charting techniques and tropes of removal and exile, realized through the dispossession of land, resources, labor, health, citizenship, humanity, language, political recognition, enfranchisement and rights, biology, the undermining of social and political organization, and instances of revolt against such techniques. 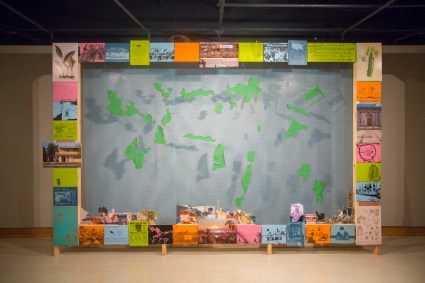 Building the project’s research from the issues and geographies highlighted in the conference and Hunt’s own research, the project’s first iteration offered a provisional map for engaging and recording the conference’s discourse — drawing connections between contexts and sites, concepts and policies, and common tools, language and forms of struggle that trace out an ongoing colonial shape to our contemporary world. Attempting to argue for relationships between spaces and practices that would typically never be mapped together, the logic of dispossession and coloniality and their resistance is threaded across multiple registers of image — media images, historical documents, medical imagery, maps, silhouettes of territorial borders cut into colored textiles, and original photographs from Hunt’s own ongoing research — all of which are organized into a seemingly coherent whole that, at the same time, collapses under the weight of its failure as a practical map. 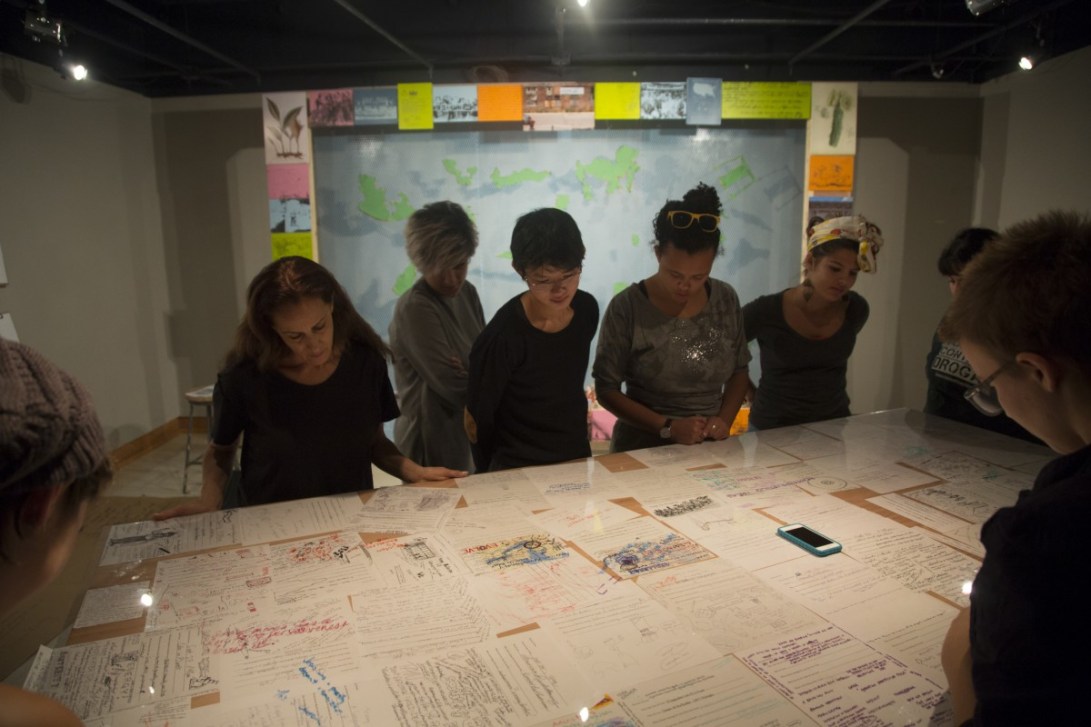 Alongside the installation of this version of the project for the With/Out ¿Borders? conference, Hunt collaborated with artist Shagha Ariannia to convene an “Interpreters’ Guild,” inviting students of Kalamazoo College, local residents and conference attendees to engage the conference through a process of collective reflection and interpretation, bringing our private responses into dialogue with one another’s, and making them public through a second contribution to the overall project.

Each day of the conference, Guild members attended their respective conference events with a blank “event record” form — a collaboratively devised form with a simple set of questions and space for the doodling and note-taking one might otherwise do during the event. Participants would share their forms each evening by placing them under a glass tabletop in the exhibition space, facilitating their conversations and tracing on top of one another’s images, building a visual record. Accompanied by speakers playing short audio “souvenirs” that participants collected throughout the conference, the display of the event records under the glass also became work in the exhibition that continually reshaped . Their activity culminated in a live, improvisational “tabletop reading,” with the help of other visiting artists. 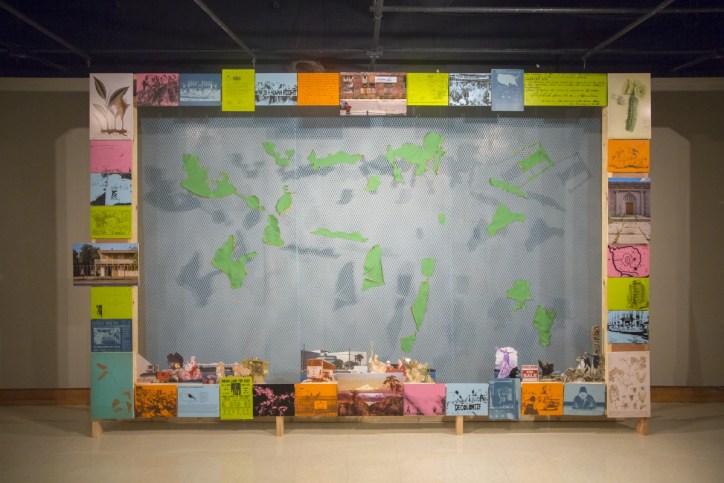 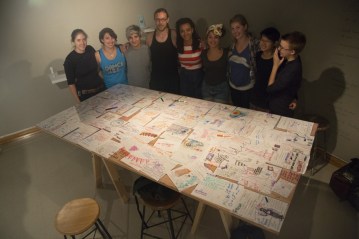 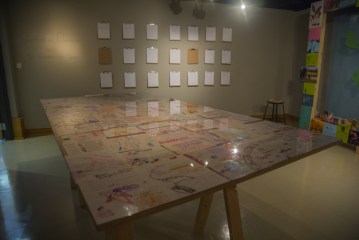 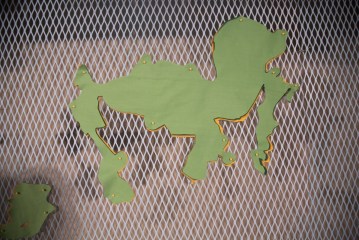 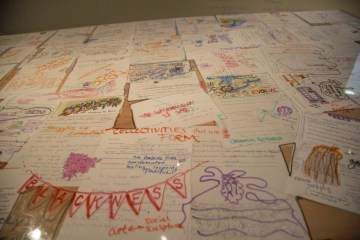 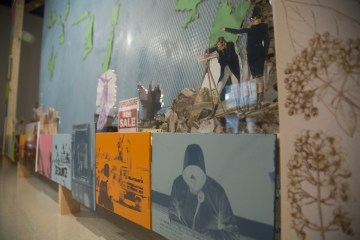 In 2015, these two elements were brought together for a new installation inside the Arcus Center’s new building, as an unconventional document of the With/Out ¿Borders? conference and portrait of the Center itself, conceptualized with the help of artist Hannah Knoll. Breaking with the original map’s frame, its materials are redistributed across parts of the building’s interior architecture, along with materials generated by the Interpreters’ Guild. The latter includes four “tabletop panels” that were cut from the glass tabletop, with its assemblage of conference “event records” secured inside them, and drawings made by Interpreters’ Guild members on top of them which trace their words, sketches and formal arrangement, and an audio work that builds a montage of the daily tabletop readings and various sounds of the conference. 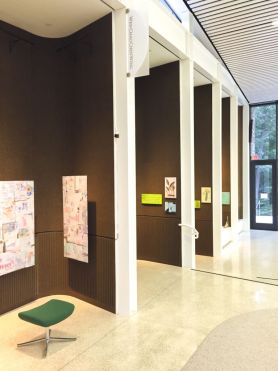 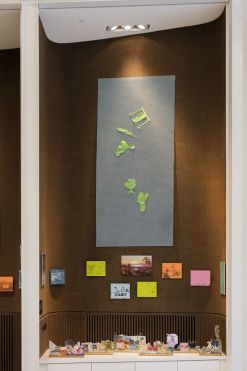 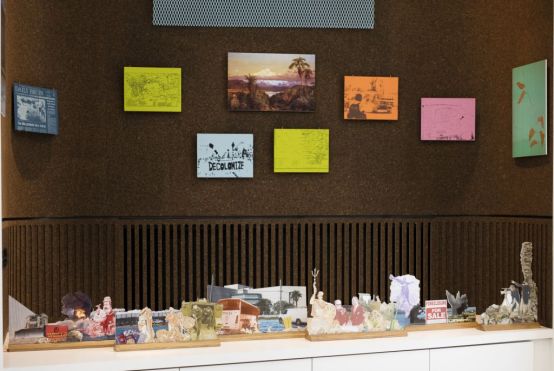 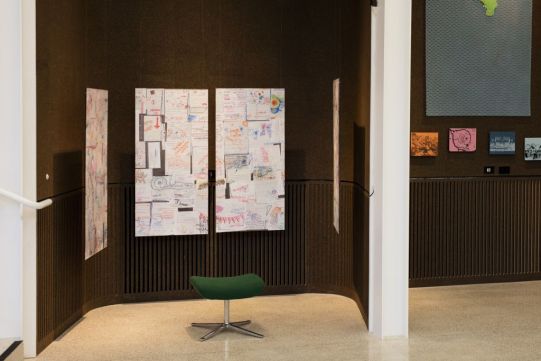 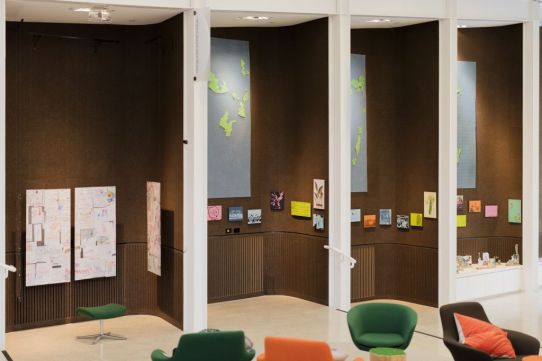